How the Gaming Industry has Evolved

Gaming is a big deal. Over the last few decades, it’s gone from a virtual standing start to becoming the biggest entertainment industry on the planet, vastly eclipsing film and television. In the UK, gaming contributes just under three billion pounds to the economy and supports around 50,000 jobs.

Part of this phenomenal growth comes from the variety of gaming experiences on offer. There are games to appeal to just about everyone, and they’re available via an unprecedented range of devices and sources.

The spread of broadband internet has made it easier than ever for gamers in different places to enjoy gaming together in the same virtual environment. This might mean a competitive deathmatch setting or a collaborative one in an online RPG or social game. Ranking systems ensure that players of a similar ranking come up against one another. Social media has made it easier than ever for people who might not have considered themselves gamers to get into the hobby. If you’ve got access to a mobile device (as just about everyone today has) then the effort required to get started is minimal. For example, it’s never been easier to play bingo games online; you no longer need to visit a real-life bingo hall to have a decent experience playing the game.

While virtual reality has been feasible for decades, it’s only in recent years that the technology has become really viable. It takes considerable computational firepower to display two images at the required framerate (one for each eye). Plus, wearing a headset can be enormously cumbersome, which is enough to dissuade many.

With all these disadvantages aside, VR offers a level of immersion that’s difficult for traditional technologies to rival. As such, we might expect to see it move from being a fringe gimmick to a mainstream technology – provided that the technical obstacles can be overcome. 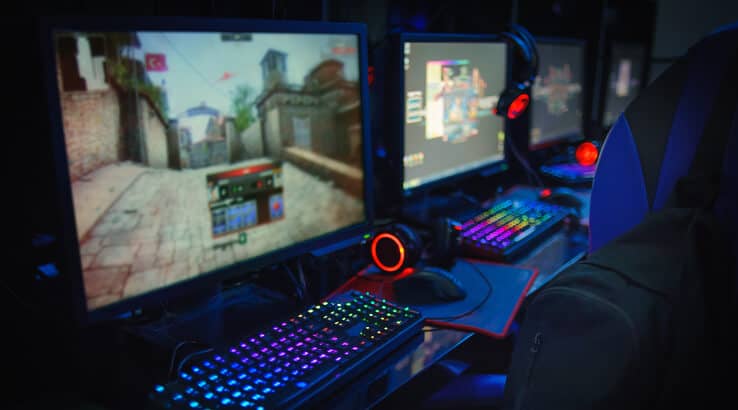 Games aren’t just popular for the people who play them. Much like you might watch a professional football team for entertainment, you can now watch a team of professional StarCraft or League of Legends players compete for glory. At the very high end, these people are competing for prizes well into the millions of dollars – and they can easily fill a stadium in certain parts of the world.

Thanks to platforms like Twitch and YouTube, it’s possible to enjoy not just footage of other people playing games, but an entertaining commentary on the images that you’re seeing. The most popular streamers attract millions of adoring fans – and it’s entirely possible that within a few years they might become as recognizable as the biggest celebrities on the planet.

Refresh Your Knowledge Of Roulette Bets