The mobile sports betting industry has really taken off in the United States over the past four years, and its northern neighbors are quickly following suit.

In 2018, the Supreme Court of the United States ruled that the Professional and Amateur Sports Protection Act of 1992 was a violation of the country’s Tenth Amendment. The ruling basically legalized betting nationwide.

It’s been a massive game-changer across the country, to say the least. For instance, more than $5 billion worth of mobile sports wagers has been placed in the state of New York this year.

Several other sportsbooks have launched in Ontario, Canada’s most populated province. This includes the Ontario 888 Casino, which launched in early April. The Casino is offering customers $200 in Canadian dollars and $10 in casino bonuses.

The variety of games you can play at Ontario 888 Casino includes slots, roulette, and Blackjack.

Here is a look at some of the other recently launched apps in Canada that are already flourishing. Score Media and Gaming, which is owned by the Canadian Rogers Communications giant, launched the theScore Bet in Sept. 2019.

It was introduced over a year after the SCOTUS ruling that paved the way for the legalization of sports betting in America. The popular mobile sportsbook finally launched in Ontario, where there is based, in April of this year.

theScore Bet is available for download on the App Store and on Google Play. Currently, the app can only be used by people who reside in Ontario or the U.S. states of Colorado, Iowa, Indiana, and New Jersey.

On its website, theScore Bet outlines that the sportsbook has “plans to expand into additional states and provinces, pending receipt of required licenses and approvals.”

After theScore Bet became available in Canada, the sportsbook announced that they reached an agreement on a 10-year partnership with the Toronto Blue Jays of Major League Baseball.

Sportsnet, which is also owned by Rogers, has also gotten heavily involved in the sports betting industry.

Sportsnet holds broadcasting rights for the Toronto Blue Jays, the NHL (including some of the Maple Leafs’ home games), and some Raptors games. The NHL broadcasting deal, which was announced in Nov. 2013, is for 12 years worth just over $5.2 billion.

So with a giant sports audience across Canada, it made plenty of sense for SN Bets to implement more content related to betting.

Fans can check out Sportsnet’s betting content by visiting the SN Bets page. There, they discuss over/under lines, futures bets, individuals, and much more.

In April, the FanDuel sportsbook giant launched in the province of Ontario.

FanDuel holds partnerships with the “big four” North American professional sports leagues — the NHL, NFL, NBA, and MLB. The sportsbook is currently offering new customers in Ontario a special risk-free bet worth as much as $1,000.

Toronto is Canada’s only city that features an MLB team (the Blue Jays) as well as an NBA team (the Raptors). Attendance is always high for both teams, and with a giant fan base across the province, FanDuel Ontario didn’t need much time to really take off. 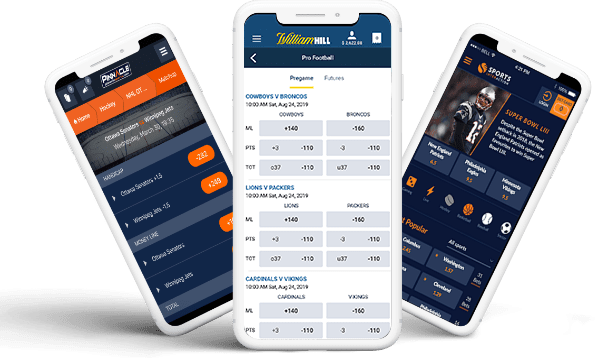 There are plenty of different sports that Ontario residents can bet on through BetRivers, too. This includes hockey, baseball, basketball, soccer, football, golf, MMA tennis, and soccer.